The Opening Ceremony of the "11th State Theater-Sabanci International Adana Theater Festival" was held on 27th of March, “World Theaters Day”. The festival, which is organized with the cooperation of Ministry of Culture and Tourism, will be hosting many national and international theater groups between March 27 and April 30.

At the opening ceremony, worldwide famous Spanish group “Comediants” performed their play “Dimonis”. The performance, which included fire dances, dragons and fireworks, turned into an extraordinarily fascinating show. The slogan of the event was “Moving the Theater Festival to the streets”.

The opening ceremony of the festival was held in Adana Hiltonsa with the attendance of Ms. Guler Sabanci, Sabanci Foundation's President of Board of Trustees; Ms. Dilek Sabanci, Board Member; Lemi Bilgin, State Theaters General Manager and İlhan Atis, Adana Governor.

In her opening speech, Ms. Guler Sabanci said: “Since the beginning of the festival, each year we are trying to improve it. This is what Late Sakip Sabanci would have wanted from us. We achieved this success with the support of Mr. Ertugrul Gunay, Culture and Tourism Minister. Last year, the tickets were sold out in an hour. We will always get better with the support of Adana citizens.” Referring to the slogan of the festival this year which is “Moving the Theater Festival to the streets” Ms. Guler Sabanci said: “With the new developments this year, I am proud to announce that the festival has come to a new level.”

Sakip Sabanci Lifetime Achievement Award that has been offered since 2005 to pay homage to masters who have played a profound role in the development of the art of drama was presented to the accomplished Turkish actor Genco Erkal. Erkal, who received his award from the Sabanci Foundation’s President of the Board of Trustees Ms. Guler Sabanci, said during his speech that he has made it a habit to come to Adana at least once every year throughout his 50-year career to present one of his company’s productions. He said: “I have always admired the maturity, perceptiveness and the high quality of theatergoers in Adana.” Recalling his company’s performance at the opening of the inaugural festival 10 years ago, Erkal said: “We opened the first festival with Nazim Hikmet’s ‘My People’. The late Sakip Sabanci, after watching the play from the front row, congratulated me with a hug in his unique enthusiasm. I am proud to be receiving this valuable award that was named after him, honoring the 50 years I have left behind.”

“11th State Theater-Sabanci International Adana Theater Festival” ended on April 30 with a street show called “Bivouac” performed by a French band called “Generik Vapeur”. The closing show started when members of Generik Vapeur started to suspend themselves from ropes down high up in the second story of the Train Station in Adana. Having painted their faces, arms and legs blue, the performers then started to march onwards to Ataturk Street in accompaniment of barrels carried or rolled by them and under fireworks. Lots of citizens marched along with the band during the performance, applauding them. The band members then arrived at Ataturk Park. The performance finished when the band members overturned lots of barrels placed on top of each other there. 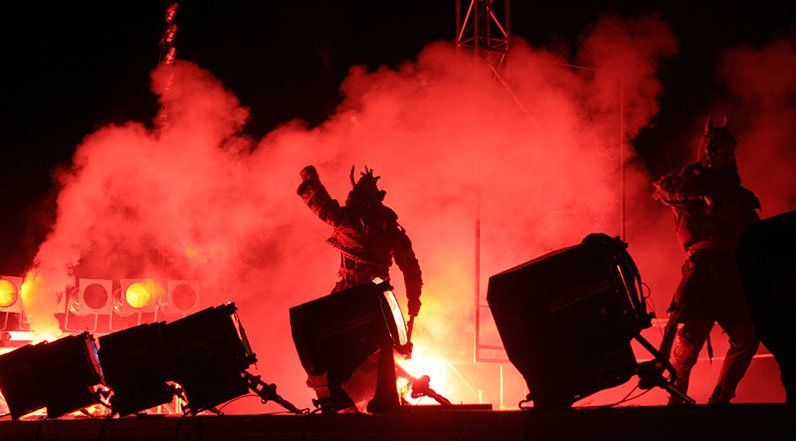 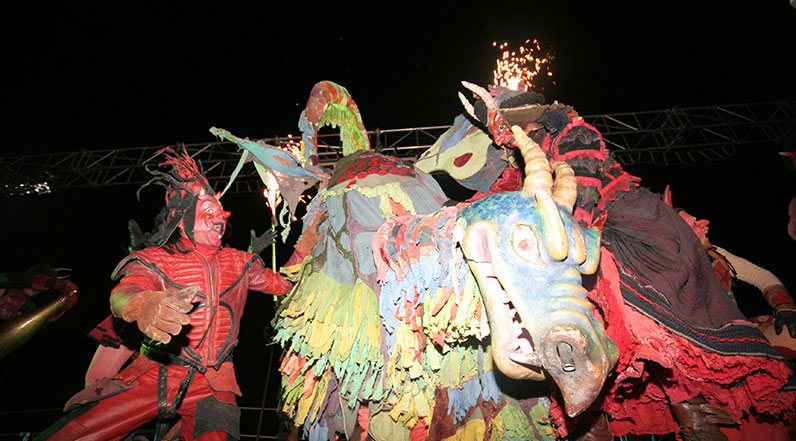 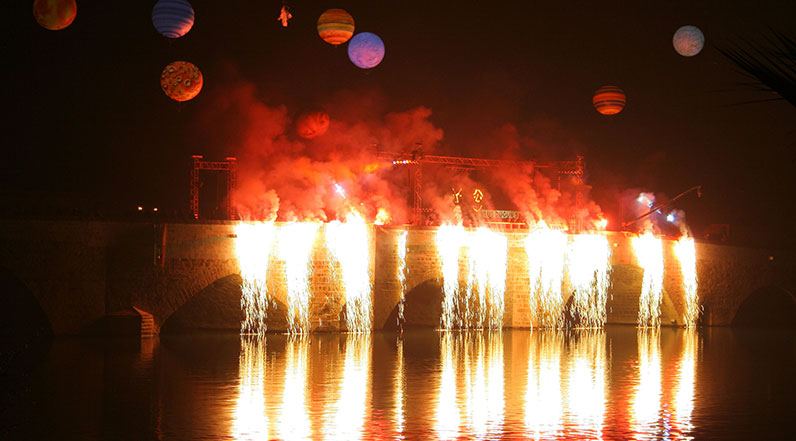 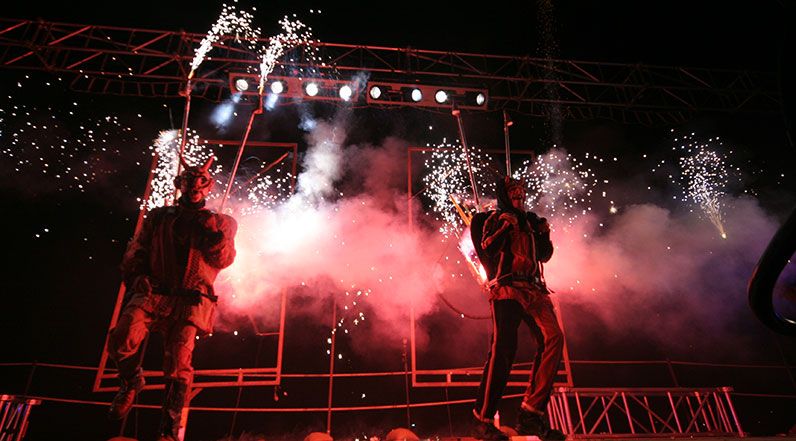 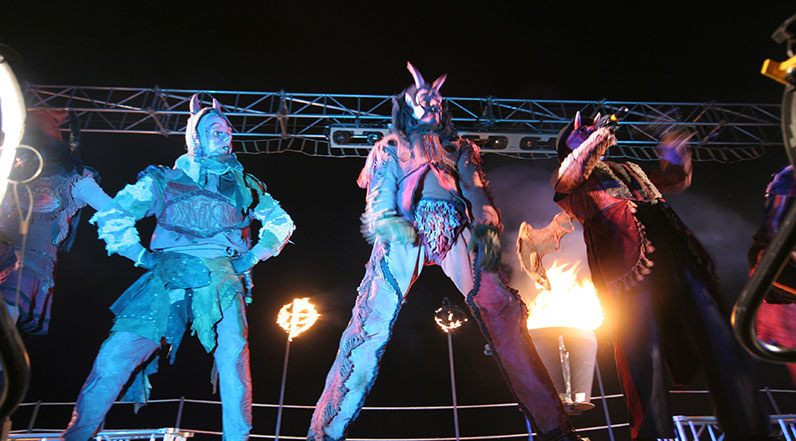 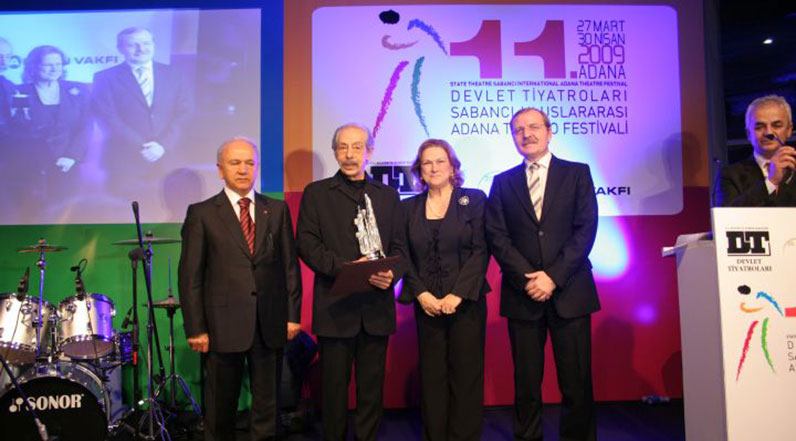 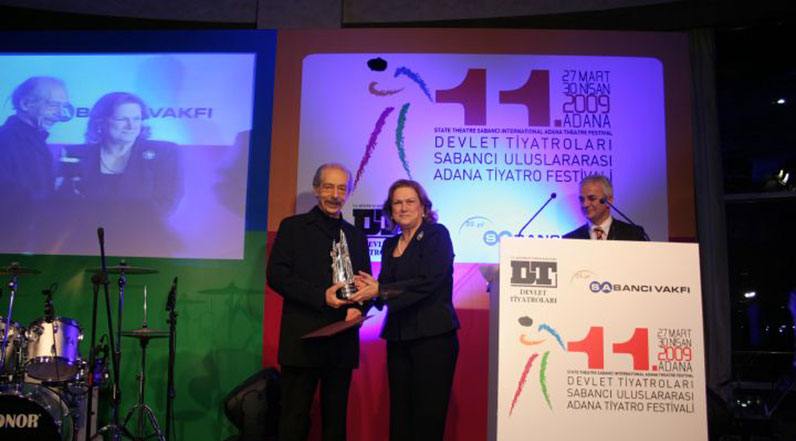 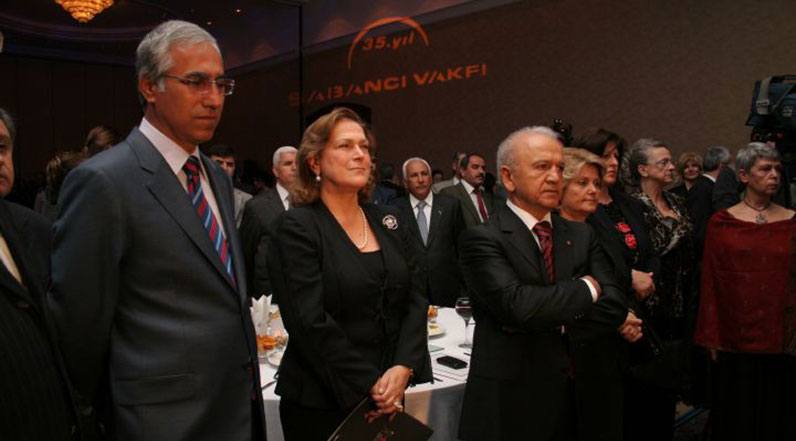 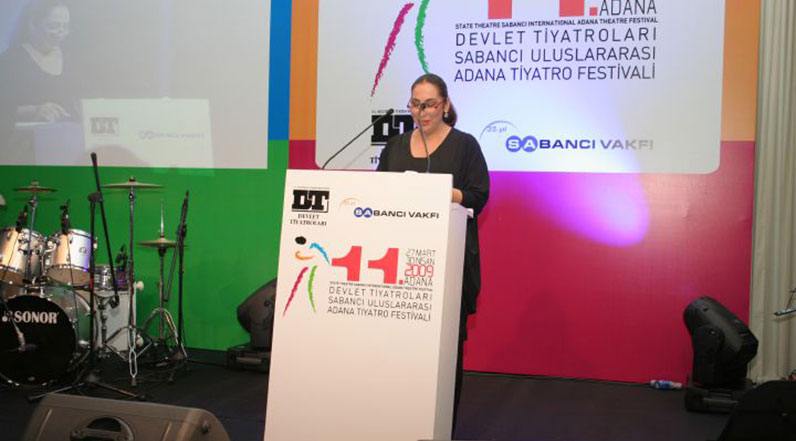 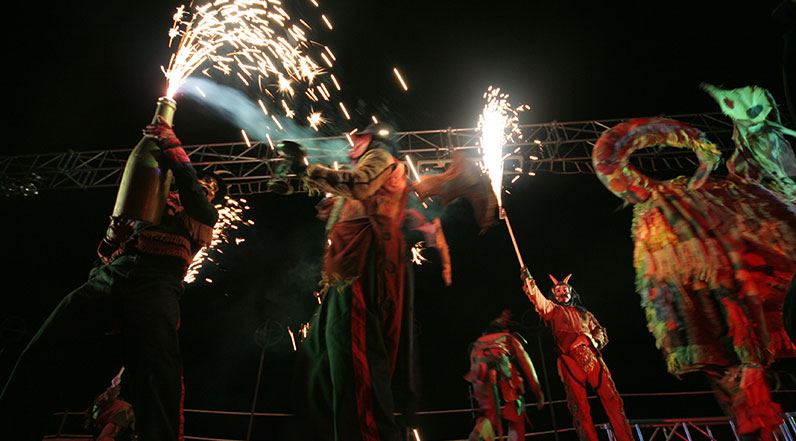