In addition to its annual support of Sabancı International Adana Theater Festival, Sabancı Foundation also supports Mehtap Ar’s “ART Children’s Theater”, with the aim of making the art of drama widely accessible and likeable to children and broader audiences.

Including the founder and owner of the theater, Mehtap Ar, the theater company comprises 5 actors, 2 technical staff, and a theater hall director, reaching out to countless children in the form of a traveling company in all regions of İstanbul regardless of the level of income of the audience.

Upon Sabancı Foundation’s support, ART Theater has reached children in far-out corners of Istanbul and across Turkey between 2006-2014, presenting them their teachings on life, art, and human affairs and introducing them to the world of drama. Staging all performances free of charge, Art Theater has reached out to about 1 million children primarily from regional primary boarding schools, who have little or no chance to go to theater otherwise.

Mehtap Ar Children’s Theater has traveled to 81 provinces and 231 districts across Turkey, staging more than 3.500 performances, and making a journey of approximately 75 thousand kilometers during the time.

Who is Mehtap Ar?

I was born in Istanbul on April 6, 1957. My theater career commenced with the plays “Kötü Tohum” (Bad Seed) and “Karanlığın İçinden” (From within the Darkness) at Lale Oraloğlu Theater between 1962 - 1963. Nejat Uygur, Tevfik Gelenbe, and Üç Maymun Kabare are among theaters I worked with. I also acted in TV series, cinema and theater productions.

“With my boundless affection towards children, my desire to spend more time with them, and knowing that theatre, as one of the most essential disciplines of art, is one of the most effective communication channels in the character and awareness development of a child, I set out to instill the love of theatre in children in 2000.”

Unlike other children’s plays, our plays do not feature bears, birds or fantastic characters as we prefer original texts to using ready texts, since they are suitable for today’s circumstances and enable children to keep up with the information age in which they are in.

Instead of giving them advice, we showcase events which children could face within their daily lives and leave the final decision up to them.

My goal ever since the inception of my theater has been to visit Anatolia and to bring art to the lives of children who had never been to a theatre before. With the support of the Sabancı Foundation, this dream of mine came true in 2006. By covering more than 75 thousand kms in 8 years, I believe that we have instilled the love of theatre in approximately 1 million children, opened brand new windows in their lives and contributed to their cultural development with our plays of “Love Needs Effort”, "Friend", "Give Me a Chance", “The Sun Is There For Everyone.” and "To Read, To Read, To Read".

Most of these children watched theatre for the first time from us. After the play, they come and say, “I liked this movie (!) very much!” , “Can I kiss you?”, “Can I touch you?”. They make much of touching you and your touching to them.

There is Still a Long Way to Go...

The plays based on real-life scenarios feature the theme of human relations. The lyrics of songs are written by former Aysel Gürel in tandem with the script, and enriched with dances, sound effects, and luminous effects. 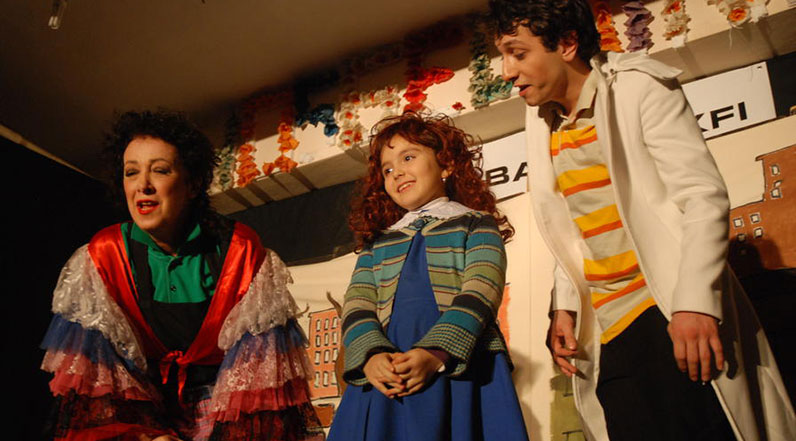 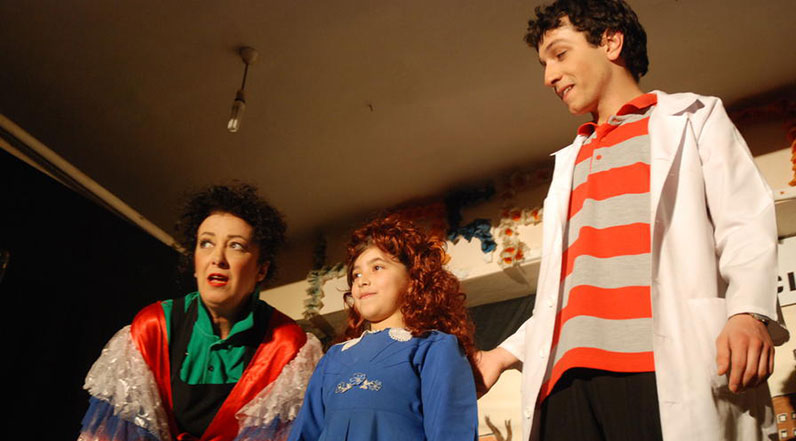 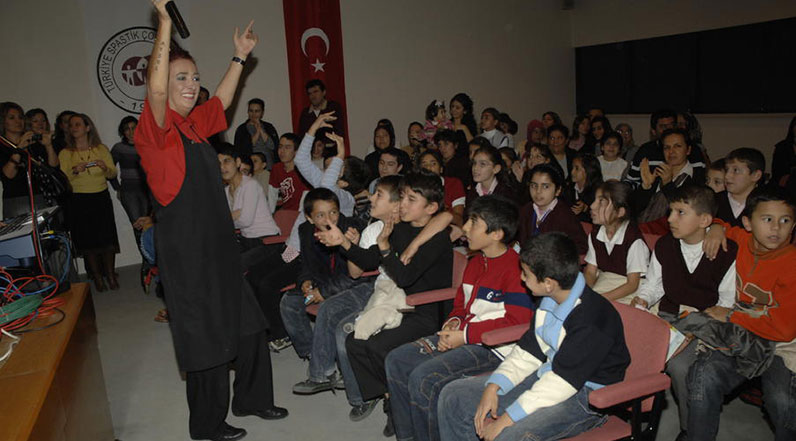 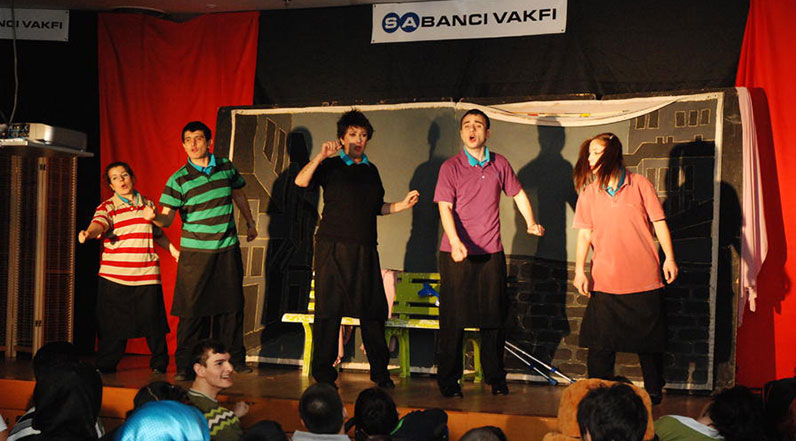 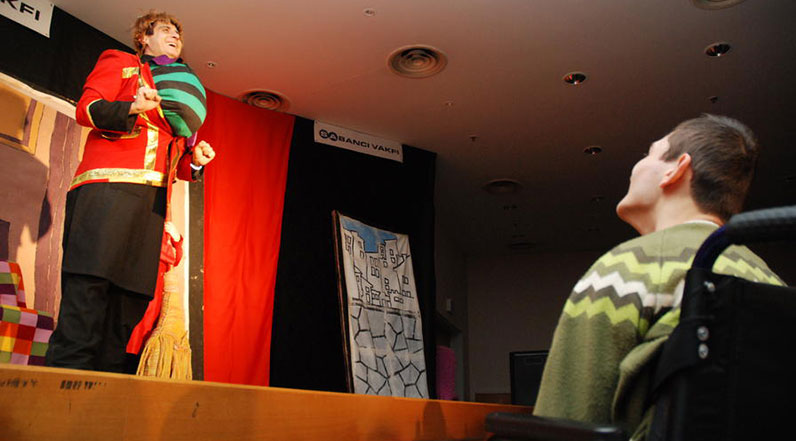 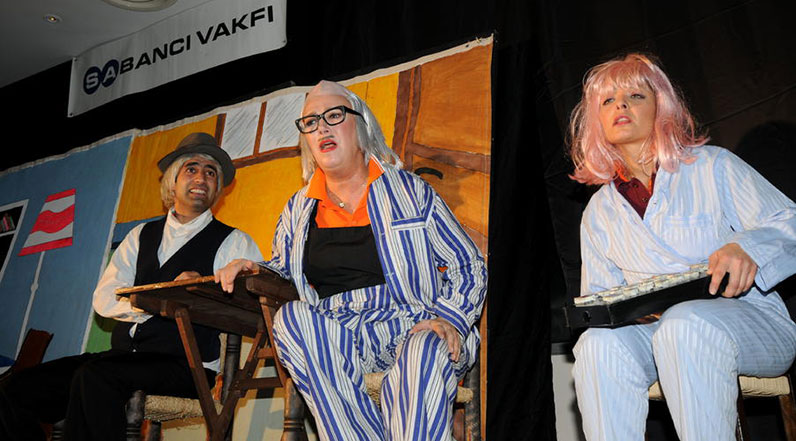 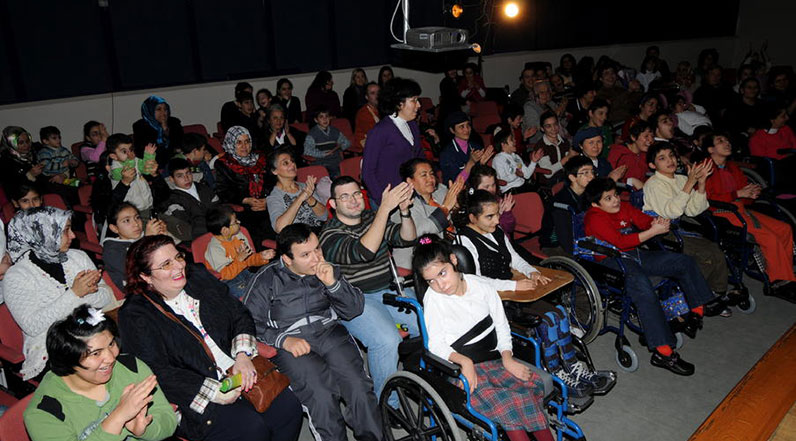 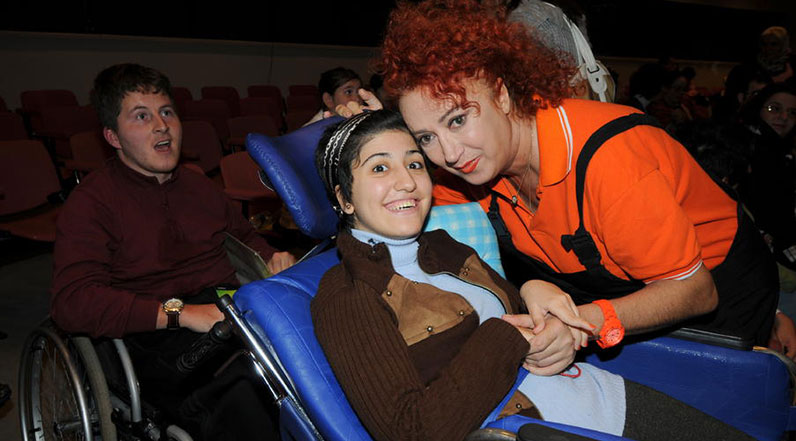