Founded and supported by Sabancı Foundation for 9 years as its Main Supporter, the Turkish National Youth Philharmonic Orchestra (TUGFO) consists of 79 young musicians aged between 14 - 28 and selected from the conservatories across Turkey through a test.

Founded and supported by Sabancı Foundation for 9 years as its Main Supporter, the Turkish National Youth Philharmonic Orchestra (TUGFO) consists of 79 young musicians aged between 14 - 28 and selected from the conservatories across Turkey through a test.

Having attended a training camp at Sabancı University between August 8 - 25, the Turkish National Youth Philharmonic Orchestra (TUGFO) staged the first concert of the 2017 tour at Zorlu Performing Arts Center (PSM) on Friday August 25 in the evening.

Led by Conductor Cem Mansur, the Orchestra met with local and foreign music lovers in 8 concerts staged in Germany, the Czech Republic and Italy following the Istanbul concert.

The most famous halls in Europe, namely Berlin Konzerthaus where Young Euro Classic Music Festival which is the biggest youth festival in Berlin takes place, Dvorák Hall which is the largest concert hall of Rudolfinum in Prague, and Scuola Grande di San Rocco which is one of the oldest and most historical buildings in Venice, hosted the TUGFO. Receiving great admiration for the Verona performance staged in 2013, the TUGFO was a guest at Teatro Filarmonico’s Settembre Musicale Festival in Verona this year. The Festival started one week early to host the TUGFO.

In this year’s repertoire, the TUGFO had In The Steppes of Central Asia by Alexander Borodin, Don Juan Symphonic Poem by Richard Strauss, Haydar Haydar by Ali Ekber Çiçek and Ali Özkan Manav, and Symphonic Variations by Antonín Dvořák as well as Tchaikovsky’s Violin Concerto.

Hande Küden, a concertmaster of Deutsches Sinfonie Orchester Berlin who was trained in the TUGFO, was the soloist of the orchestra.

The Turkish National Youth Philharmonic Orchestra marked a first this year by achieving something every orchestra is dreaming of. Its concert in Berlin was broadcast live from the digital channels of the world-renowned culture and art channel Arte TV. 180,000 people watched the livestream. 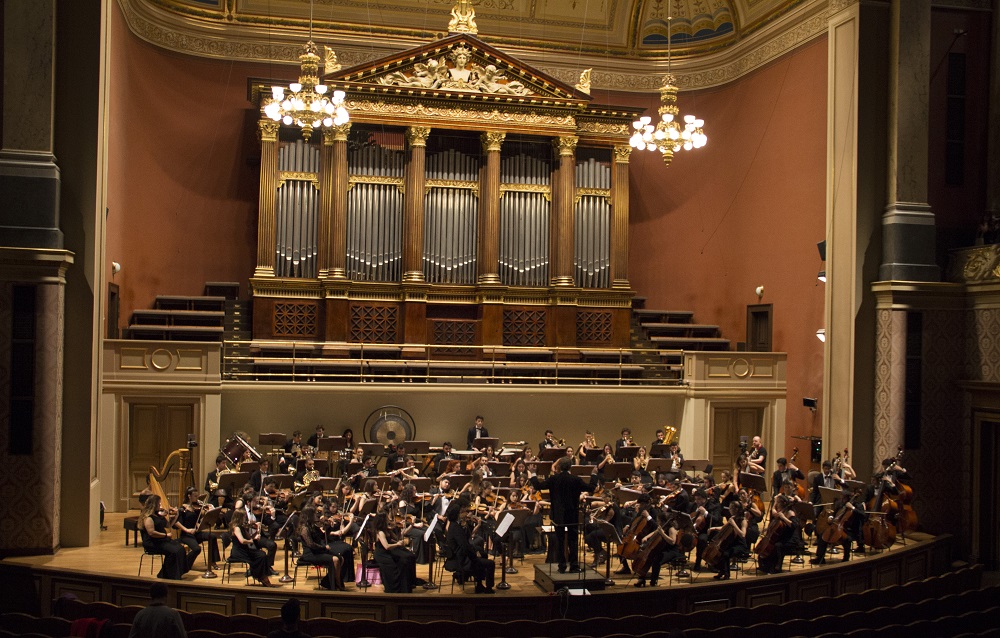 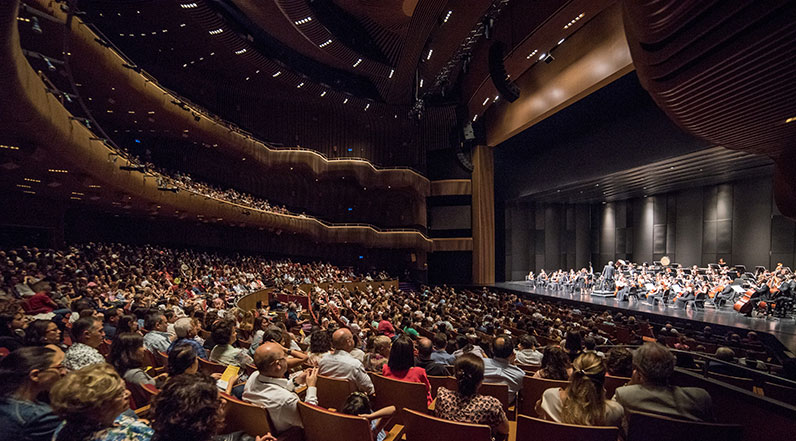 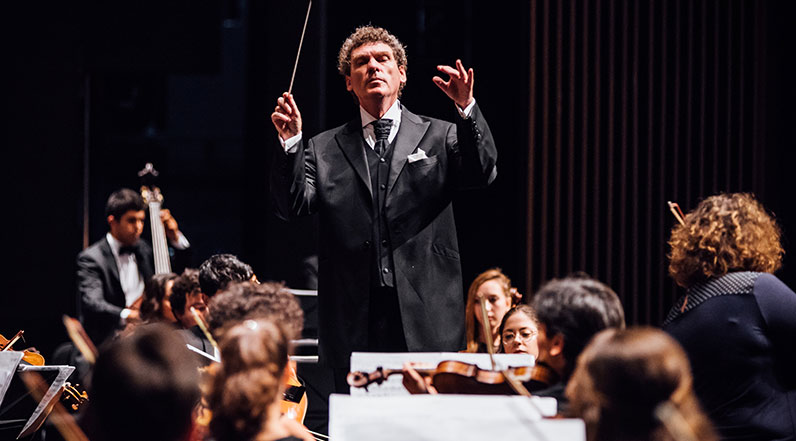 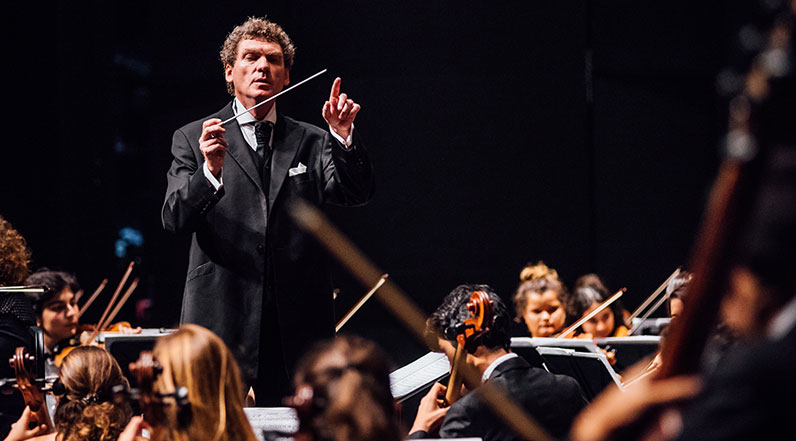 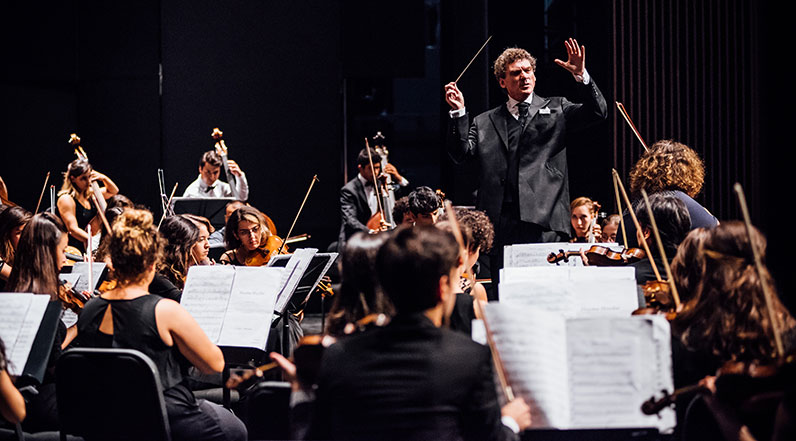 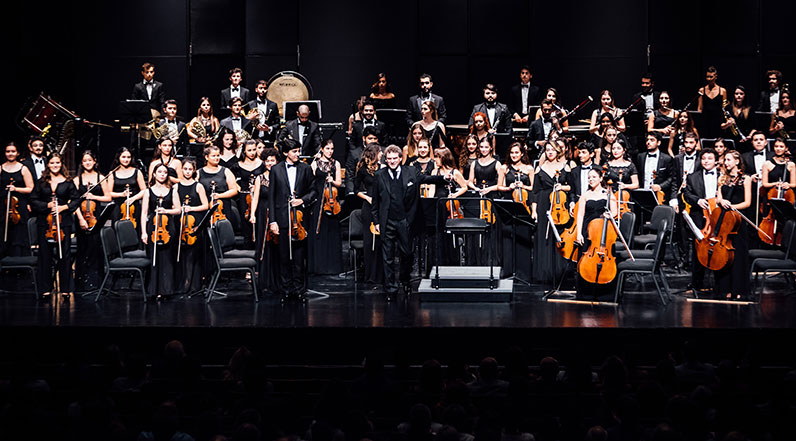 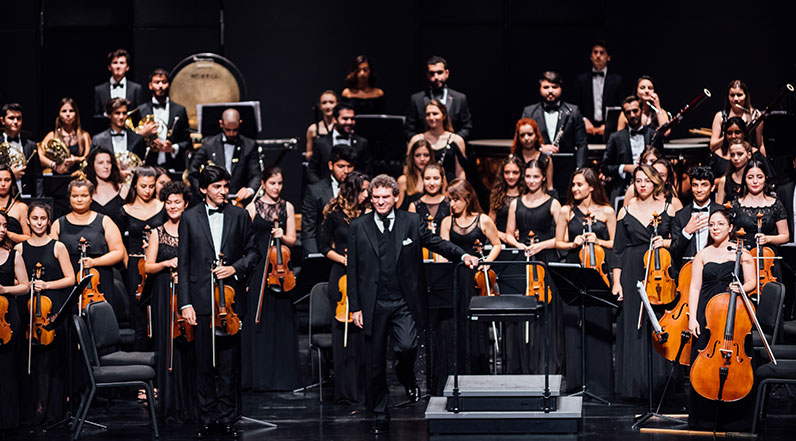 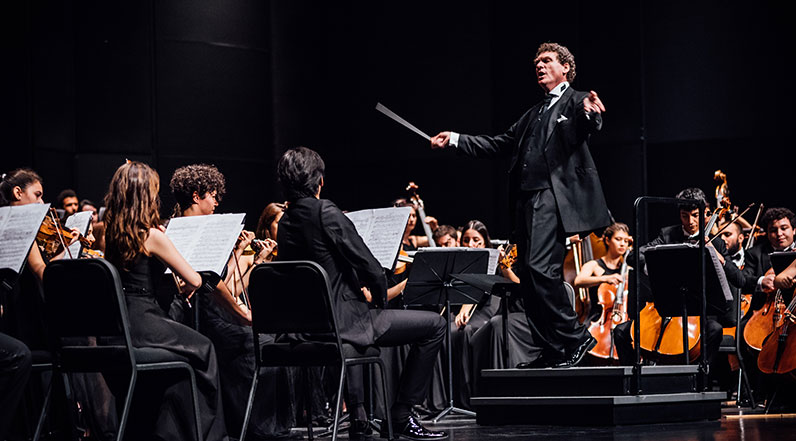 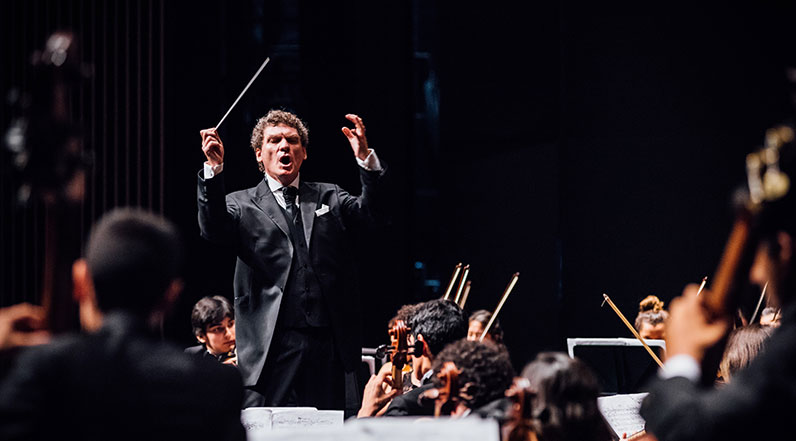 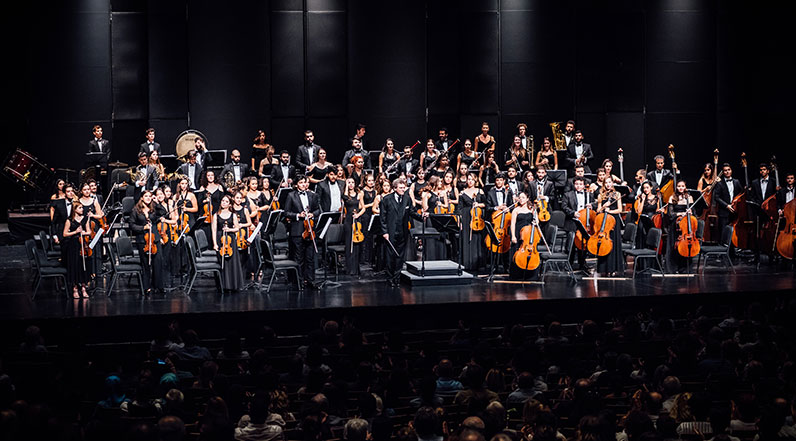 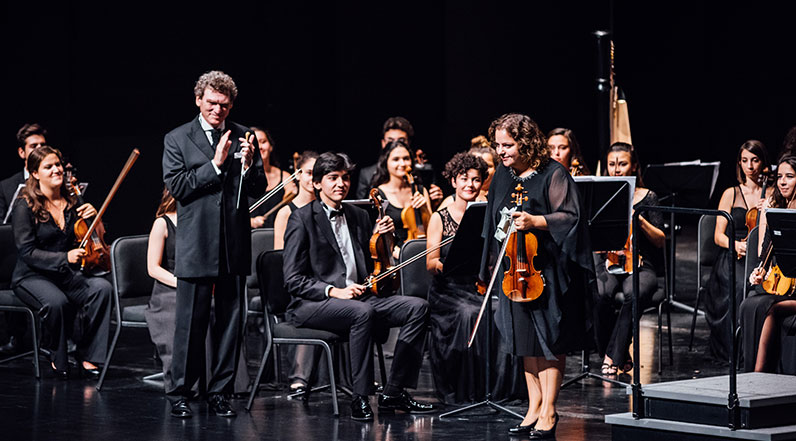 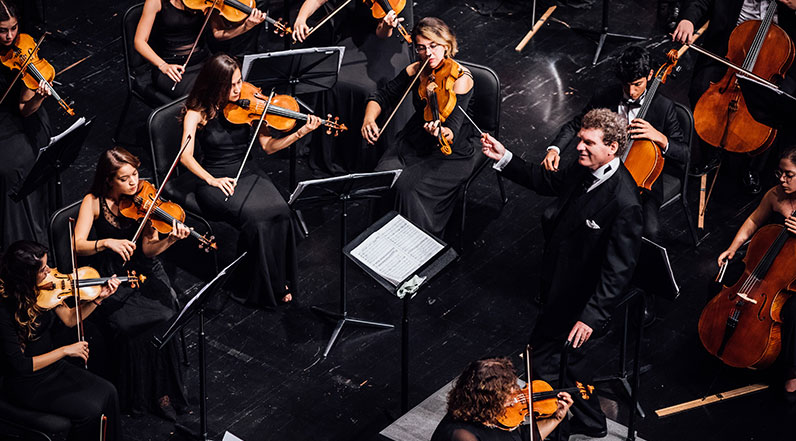 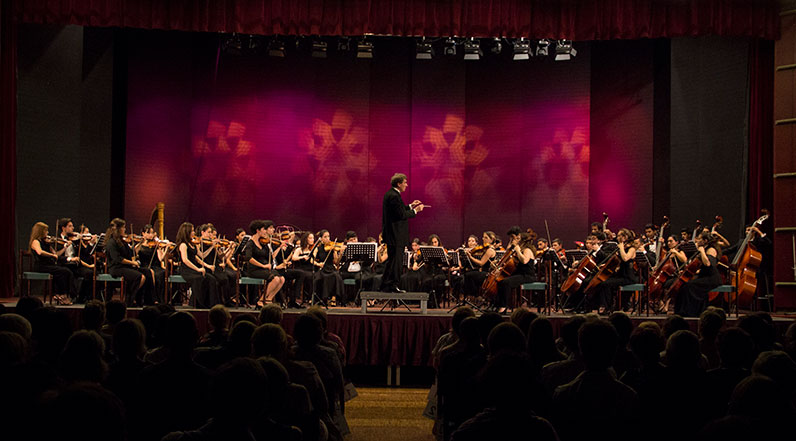 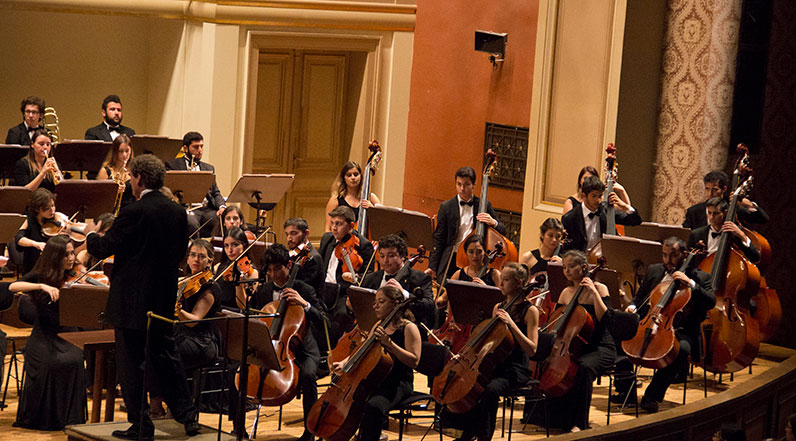 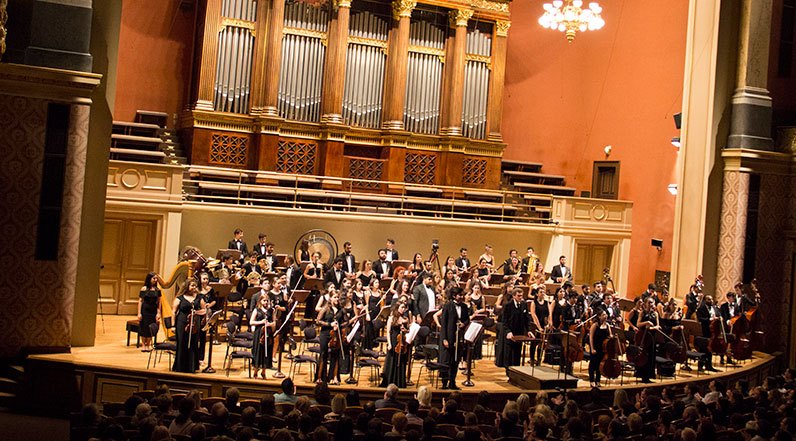 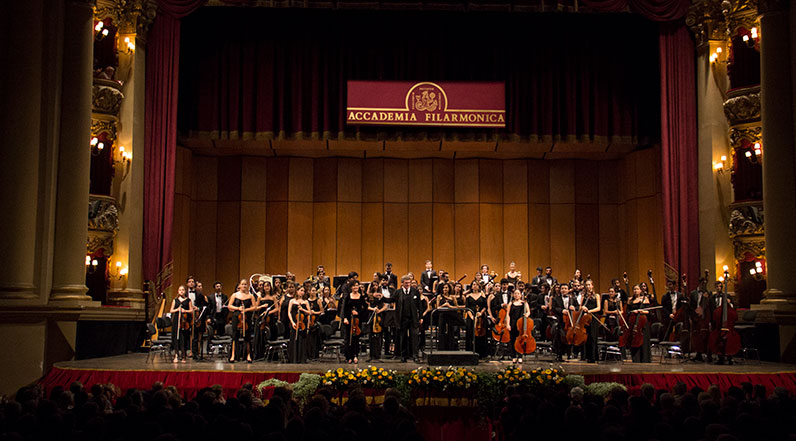 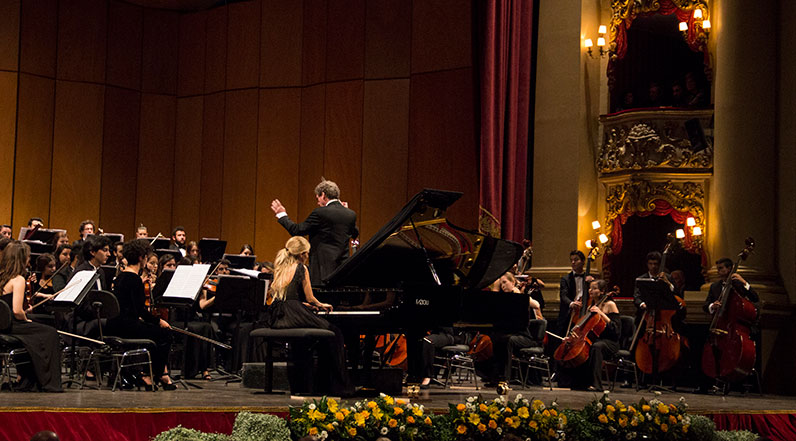 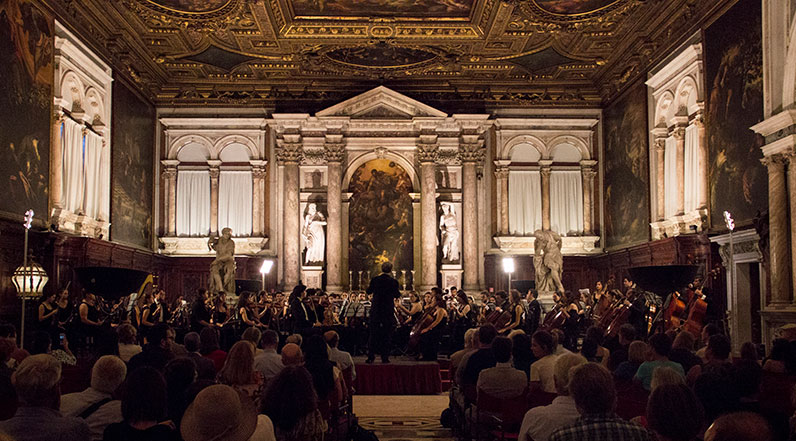