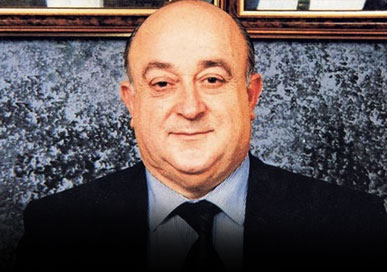 In Switzerland, he earned another specialized degree in the same field.

Mr. Sabancı established and developed SASA Synthetic Fibres Inc. which is one of the largest industrial companies of the Sabancı Group. Thanks to his outstanding projects in petrochemistry, his field of interest, he turned SASA into a giant in chemical industry.

With Mr. Sabancı’s visional and special interest in automotives, Temsa started to produce “Mitsubishi Maraton” buses, minibuses and utility vehicles. With a keen eye and skills in visionary projects, Mr. Özdemir Sabancı established a 50-50% partnership with Japanese firms in Toyotasa and Yazakisa plants. Toyota automotive plant, a fruit of unyielding efforts on his part, was a corner stone for Turkish automotive sector in its transition to modern technology and move to global markets.

He was married to Ms Sevda Girisken in 1970 and had two children: Demir and Serra.