Sakıp Sabancı was the President of the Board of Sabancı Holding, one of the two largest family-owned industrial holdings in Turkey. 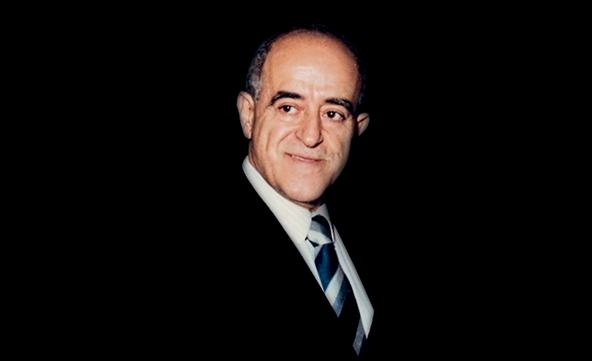 He was born in the central Anatolian province of Kayseri in 1933, the second of six sons of cotton trader and textile factory owner Hacı Ömer Sabancı. After his father's death, Sakıp Sabancı took over the family business in 1967, assisted by his brothers, and built it into an empire with more than 30,000 employees.Starting in 1964, he chaired Adana and Kocaeli Chambers of Industry, and served as the member and chairman of the Union of Chambers and Commodity Exchanges of Turkey for 25 years. Taking over the Board Chairman position in TUSIAD (Turkish Industrialists’ and Businessmen’s Association) in 1986, Mr. Sabancı also chaired its High Advisory Council between 1987 and 1990.

Sakıp Sabancı wrote 14 books, some of which are: Iste Hayatım (And This is My Life) (1985), Ucret Pazarligi mi Koyun Pazarligi mi? (Employee Compensation Negotiations or Lamb Negotiations?) (1990), Degisen ve Gelisen Turkiye (A Changing and Developing Turkey) (1991), Basari Simdi Aslanin Agzinda (Success is now in the Mouth of the Lion) (1998), Biraktigim Yerden Hayatim (My Life: From Where I left off) (2004). “And This is My Life” was translated into English and Japanese while “A Changing and Developing Turkey” was published in English.

Mr Sakıp Sabancı was also awarded the “Rank of Commodore of the Order of King Leopold II" of Belgium in 1987 and "The Order of the Sacred Treasure, Gold and Silver Star" award by the Japanese Government in 1992. The French government awarded Mr. Sabancı with the "Legion d'Honneur" recognizing his outstanding achievement in promoting Turkish culture in France when his Turkish calligraphy works and paintings collection named “Golden Letters” was endowed to the Sabancı University museum in 2000 and was exhibited in the Louvre Museum.

Mr. Sakıp Sabancı was further honored by the Turkish President with the Turkish State’s Outstanding Service Medal; by “European Institute of Economy” (Europäisches Währungs-Institut) based in Zurich, Switzerland with “European Global Crystalm Award” and by the Society of Law Sovereign with “High Quality Honorary Award”, all in 1997.

Mr. Sakıp Sabancı was happily married with Mrs. Turkan Civelek since 1957 and he was the father of three children: Dilek, Metin and Sevil.